Whilst bartending on board the Akademik Sergey Vavilov in the Polar Regions, I often presented a small “Fire-side Chat” to the guests after dinner. It always drew a large audience, though whether that was for my presentation style, or the free whisk(e)y tasting after, I’m not sure. Anyways, here’s the body of the talk.

The humble yeast is a distiller’s, and drinker’s, best friend. It has been our constant companion for all of human history. Some say civilization would not have happened without it. Wild yeast was what started beer and wine making, providing a much-needed salve to the short, harsh lives of early civilized man.

Most likely the first beer was a loaf of super tough bread, left to soften in a bucket of water and forgotten for too long. The grains in the bread would have developed sugar from the starches as they sprouted and, attacked by wild yeast from the air, those sugars would have been converted into alcohol. Someone was hungry, or foolish, enough to try the resulting pungent and foamy bread soup and beer was born. No doubt the euphoria of the first alcohol high would have led to history’s first hangover.

The process is remarkably similar for wine, mead, and other fermented alcohols. Leave something with sugar in it to be consumed by yeast and you will likely get some alcohol. Modern brewing and fermenting methods are a bit more refined, of course. Often the particular yeast strains used by various fermenters and distillers are closely guarded secrets vital to the flavour of the finished product. Whiskies are made from grain, but you can feed almost anything with sugars to yeast and get alcohol. There is sugar cane for rum, potatoes for vodka, grapes for brandy.

Even on the bottom of the world, you can make alcohol. In the whaling stations of South Georgia Island around the turn of the previous century, the enterprising, but long-suffering, workers made hooch by straining liquid shoe polish or perfume through bread. Another favourite was to soak and ferment dried fruit until it became alcoholic. Desperate times call for desperate measures! Until a year ago at Vernadsky Station, a Ukrainian research base on the Antarctic Peninsula, they made their own vodka from processed sugar. Have you had the opportunity to sample this potent brew?

At this point let’s talk about the varying whisky types and how they get there. Depending on what you want to make, you start with different grain recipes; called a grain bill, treat the grains differently; peat smoked or sour mash as an example, and age it in varied types of barrels; used port or sherry casks for scotch and new charred american white oak barrels for bourbon. In general terms, aged alcohol made from sprouted grain falls under the heading of whisky. In this category there is Irish Whiskey; triple pot distilled and blended, Rye Whiskey; made from at least 51% fiery rye wheat, Bourbon; requiring at least 51% corn, and Scotch Whisky; often blended and sometimes a single malt.

We start with our grain bill mix, combine it with water and let the grains sprout, add yeast and let it ferment for the required number of days. Eventually the yeast will die out as the level of alcohol and CO2 in the mash becomes too toxic for it. The surface of the mash will be very foamy and pungent. This is called the “barm”. The space above the barm is nearly oxygen free, so distillery workers who spent too long with their heads in the mash tank would get loopy and punch drunk, thus we have the term “barmy”.

Now we have a soup of yeast, grains, starches and alcohol, we need to separate the important bit. Strain out the solids, pour the liquids, called low wines, into a still, and fire up the boiler.

As the low wines heat up, passing through progressively higher temperature ranges, different compounds boil off and rise up through the condenser. For the first bit, this is a collection of toxic compounds, including methyl alcohol, a poison. You don’t want to drink this. Not only is it a guaranteed hangover of epic proportions, this is the stuff that will make you blind and crazy, like the hillbilly moonshiners you may have heard about. This part is called the head, and is often saved for use later as a cleaning solvent.

Next is the best part, the heart, and this is what we want to keep. Over 78.4 degrees the pure ethanol boils into vapour, rises up through the condenser, cools down and becomes liquid to drip out and be collected. This is the alcohol in it’s (so far) purest form. It will be approximately 70-75% ABV, or 140-150 proof.

On a side note, do you know where the use of “proof” to measure alcohol potency came from? It comes from the time of the old wooden sailing ships, when the working men were given a tot of rum every day. As thrifty and unscrupulous pursers watered down the rum to stretch their investment, the men got less and less of a buzz from it. To check the potency, they would mix a certain amount of the rum with a certain amount of black gun powder and try to light it. If it wouldn’t light, it was too watered down, but if it flared up it was “proof” that the booze was strong enough.

Back to our batch of alcohol. Eventually the boil will be very hot, and most of the alcohol will have become vapour. After a certain temperature another group of toxins start to vaporize. This is called the tails and also gets cut, to be thrown away or used for cleaning equipment. At some producers though, notably some rum distilleries, the master distiller will include a very small amount of the tails as part of their unique flavour profile.

So here we are, collecting tanks full of New Make, or White Lightening, a clear, unaged alcohol. The whisky is barrel aged for many years, stored in everything from sea caves to limestone warehouses. Each location adds its own subtle accents to the flavour of the finished liquor. As the barrels sit through the warming and cooling of the seasons, the wood expands and contracts, drawing in and forcing out the alcohol and imparting its subtle flavours. Over time there is a small, but noticeable evaporation from the barrels, about 5%, that is known as “the Angel’s Share”. Eventually master distillers make the final decisions on when a whisky is ready to be bottled, having acquired the flavour profile desired.

While this process takes many years, and many steps, we eventually arrive here, with a glass of Uisce beatha, or “Water of Life.”

Here’s to the humble yeast and all it has given us. Cheers!

This site uses Akismet to reduce spam. Learn how your comment data is processed. 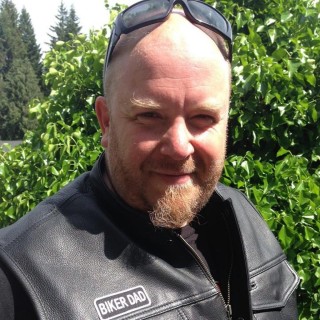 Hi! My name is Jeremy, The Wandering Alchemist, and I'm a nomadic taste explorer on this adventure that is life! My time is spent between cheffing and bartending, tasting new and interesting flavours, creating new recipes, writing books, and exploring the world by motorcycle. Many days, ways and amazing experiences!